The Orthodox Church in Cumbria follows the ancient

Living Tradition of the Saints.

since the second century after Christ.

There are also several

available here to support your journey.

(Joanna Robbins, our Choirmistress, in the background)

Baptised in childhood as a Roman Catholic, Richard was received into the Orthodox church by Chrismation on 10th May 2011, tonsured and ordained reader and then sub-deacon on 6th May 2012. Richard lives in Bassenthwaite with his wife Ros.

Richard is also the webmaster of the Parish websites, having been an executive in the IT industry before retiring in 2002. 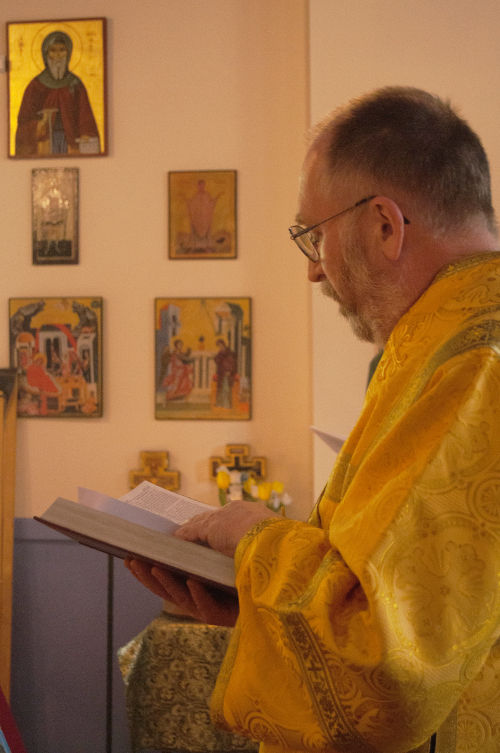 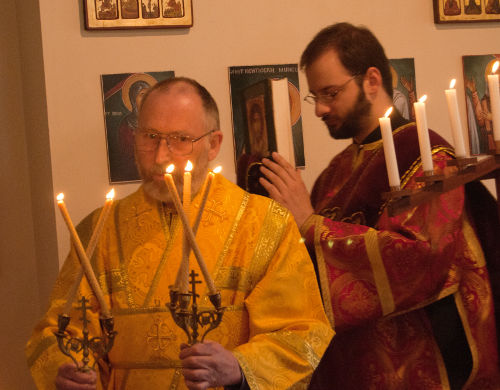 Return to top of the page.